How does a Leader Set The Pace? 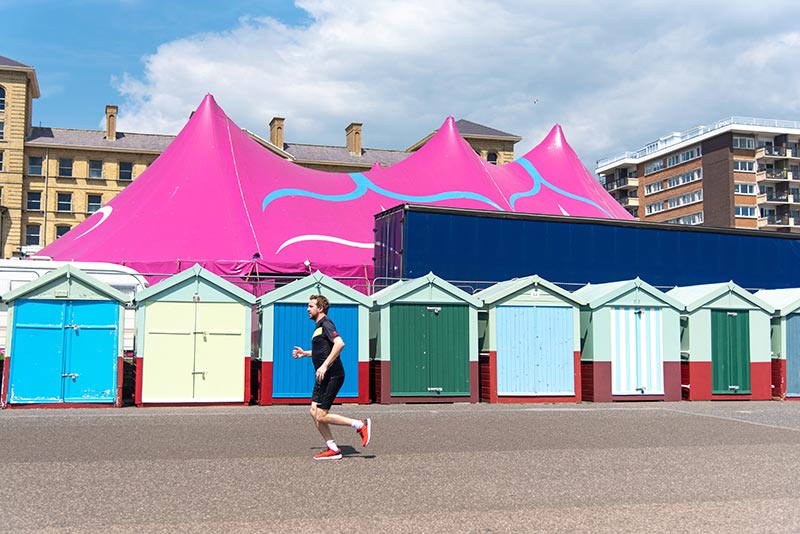 A couple of weeks ago I was to be found running along Brighton seafront dressed as Buzz Lightyear chasing a pink fairy. No not a weird dream but the 10k Heroes fun run. The day was hot and my outfit was not conducive to running with lots of padding and a hot helmet on my head. It was a great atmosphere though as people gathered.

It was about half way when I started to wonder if I would even finish. It was hot and the pace we had settled into was a lot faster than I would normally run at.

It was then I saw the fairy. She was running just in front of me and it soon became apparent she had a pacesetter in the crowd who had started to run alongside giving her encouragement to go faster. As she accelerated away I had a decision to make. Do I carry on just for the fun of it or do I get competitive? I got competitive and I started to speed up, overtaking quite a few superhero’s even an Iron Man.

The fairy was still in sight as we came into the final kilometre, and I was struggling to keep up. But the crowd at the end was cheering “come on Buzz, to infinity and beyond!” This was the encouragement I needed and I dug deep and sprinted for the line. As we got nearer and nearer the line we were neck and neck until right at the end I flung out my arms, put one across her shoulder and she put one across mine and we went over the line together.

A pace setter needs to be visible, running just ahead of those they are leading and giving them encouragement.

How are you setting the pace for your people?

What encouragement do they really need?