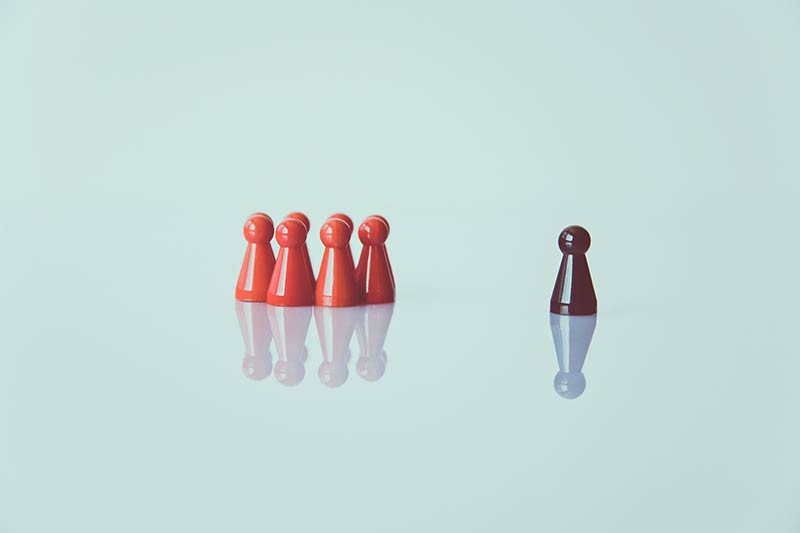 What is Emotional intelligence?

In 1990 John Mayer and Peter Salovey’s research confirmed that some people are better than others at 1. identifying what people are feeling, 2. solving problems that involve emotional issues and 3. identifying their own feelings. They published a paper called ‘Emotional Intelligence’.

In 1996 psychologist Daniel Goleman referenced this research and expanded on Mayer and Salovey’s ideas in his book Emotional Intelligence, in which he listed five key elements of emotional intelligence:

Goleman’s initial research suggested that over 65% of the competencies essential for high performers are related to emotional intelligence, and a that high EI was a big advantage for leadership.

Since then over 3,000 scientific articles have been published on emotional intelligence. It is now widely recognised, to the point where more and more organisations are valuing EI over IQ. In one survey of over 2,600 hiring managers and hr professionals, 71% said they valued emotional intelligence in an employee over IQ and 75% said they were more likely to promote someone who is highly emotionally intelligent. *

Others including Goleman have gone on to refine the emotional intelligence capabilities of self-awareness, relationship management, and social awareness into ‘subscales. Goleman developed 12 subscales from his research into EI at work:

How does emotional intelligence make a difference to leaders?

The pace and complexity of modern working life means that someone with a greater level of interpersonal skills, who can contribute productively under pressure, is more likely to succeed. They are also more likely to be considered for management and leadership roles and to be more comfortable once in them.

Managing pressures such as deadlines and targets requires a capacity to deal with our feelings effectively. Leaders with high emotional intelligence tend to have creative ways of dealing with stress and emotionally supportive networks that enable them to work successfully. They are more adept at dealing with challenges, possess the ability to work through situations and have the capacity to transcend day by day disturbances.

Instead of taking criticism personally those people with high EI can put their own feelings and wants aside and value feedback from others as a way to improve. This is an essential quality for leaders who often face a lot of negative feedback from within and outside the organisation.

Leaders with high emotional intelligence have relationship building abilities are an undeniable advantage in the work environment. A skill for coexisting with others makes it more likely that they have happier employees and that their colleagues can concentrate on their own jobs.

A capacity to recognise an individual’s feelings, through verbal and non-verbal communication builds trust, aids cooperation and is very useful in group settings and team activities. Generally, people like to be heard and appreciate an active listener who is emotionally aware. Due to their capacity to see things from another’s perspective, emotionally wise individuals can improve decisions and anticipate how their choices will affect others.

The emotional intelligence makeup of top leaders can be seen in their ability to be empathic and the awareness of their personal strengths and weaknesses.  Emotionally intelligent leaders also tend to let go off mistakes, don’t hold grudges, and are appreciative of what they have.

Are There Gender Differences in Emotional Intelligence?

Research from around the world into gender differences in emotional intelligence has been inconsistent in the conclusions. It appears that there are some gender differences in some of the dimensions of EI if not in overall scores** For example research suggests that statistically females score higher on aspects such as self-awareness and interpersonal relationship whilst males have been statistically shown to score better at regulating impulses and coping with pressure.

Although there may be some statistical links between gender and EI this doesn’t mean that we should fall into the trap of stereotyping that men are better at x and females better at y. All of us have individualised strengths and weaknesses in our emotional intelligence and should be assessed individually on them and seek to strenghen those that are important to our role.

Can emotional Intelligence be learned or enhanced?

For adults overall EI tends to be reasonably stable, but it is not fixed. Levels of some elements can be improved. Meta-analyses suggest that the most coachable element of EI is interpersonal skills, with average short-term improvements of up to 50%.  Other elements such as empathy can also be learned. Neuropsychological studies are highlighting the plasticity of the social side of the brain and suggest that with adequate coaching or training people can become more pro-social. ***

As the payoffs of better emotional intelligence are so high it would seem reasonable to suggest that leaders are wise to invest in this area.

Check out this post on ways to improve EI.

**A study by Meshkat and Nejati  in 2017 showed no significant difference between genders on the total score for EQ however female students scored higher on the dimensions of empathy, self-awareness, interpersonal relationship and self-regard. It is suggested that EQ gender differences may be due to both social and biological factors.

We believe understanding yourself better is a key component of being able to lead effectively. The coaching and workshops run by Hazelbranch incorporate tools and techniques that help improve your ability to manage relationships, empathise, manage emotions and understand motivation.